Interview: A conversation with the brothers behind Widget RPG

Last week I spoke with the brothers behind Widget RPG, a game that you can play via a widget or your smartwatch. I was immediately fascinated when I stumbl
SHARE
Facebook
F
Twitter
T
Google
G
Pinterest
P
COMMENTS

Last week I spoke with the brothers behind Widget RPG, a game that you can play via a widget or your smartwatch. I was immediately fascinated when I stumbled across the game in the Play Store, because of the concept: you play an RPG with only one button, your widget. Sounds like a way too simplistic game, but Widget RPG can still offer you the sense of immersion that you normally expect from handheld games. We talked about smartwatches, games in general, and the future of mobile games.

Who are the people behind Widget RPG, and where do you come from?

We are 3 brothers, Marek, Martin and Michal Rutrich from Slovakia. We decided to call ourselves ru3ch initiative (ru3ch is basically our surname) when we started to work on our first Android project.

How much experience did you have with creating games/programming before you started with Widget RPG?

All of us work as web/Windows application developers for international IT companies. We even worked on projects for Dutch companies. We were inspired by number of stories about startups, crowdfunding campaigns and indie developers so we decided to start to work together on our own Android projects in our free time. Our first application was Pocket Clock that announces current time using voice and vibrations so you don’t have to pull your smartphone from a pocket to check what time it is. The next project was a game of observation and speed, called stufle, where you have to find a pair to one of reference cards as fast as you can. Widget RPG is our third and the latest project so far. We didn’t have much experience with developing games but we have played a lot of games on various platforms including PC, video game consoles, handhelds and smartphones. That was one of our biggest advantages ­ we knew exactly how it is to be on the other side of the gaming industry ­ as players. 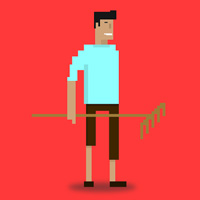 Your game is quite unique in the sense that it can be played via a widget or on an Android Wear smartwatch. What came first, the idea for widget rpg, or the idea that you wanted to build a game for smartwatches/widgets?

We had an idea to create a game where a widget would be the main user interface. We were not sure what kind of game it should be so we just put it on a list of ideas. We got an idea for a game few months later ­ an RPG game you can play by taping a widget. There are number of games where you control your character and push just 1 or 2 buttons to fight your enemies. We decided it’s going to be unique and a bit crazy to use just 1 button (a widget) to not only fight but entirely control your character. RPG elements are very common in games nowadays and it made perfect sense for our game. That’s how the idea of Widget RPG was born.

Smartwatches are getting more and more mainstream, with big companies like Apple presenting their own products. What impact do you think that smartwatches will have on mobile games, and how can they enhance them?

Smartwatches are excellent as an extended display for your smartphone where you can see everything important at a glance and you can perform some actions with just a few taps. There are couple of games designed to be played only on smartwatches but the problem with the current generation of smartwatches is the battery life. So unless you don’t want to drain the battery of your smartwatch you can’t play a game for a long time. Once is the battery life and performance improved then we can see more intense games on our wrists.

You are probably familiar with Xbox SmartGlass that turns a smartphone or tablet into a second screen that interacts with Xbox. We believe the same make sense and can be applied to smartwatches in combination with smartphone/tablet and/or video game consoles. A map, quests, notifications or some additional controls displayed on your wrist can lead to more impressive gaming experiences. 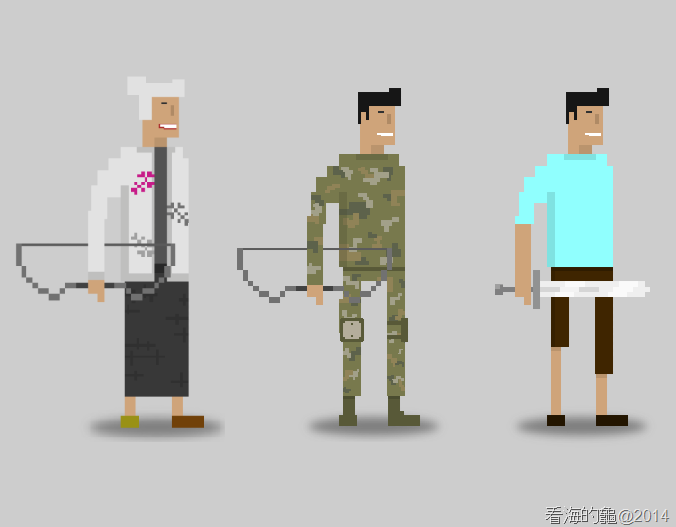 Presenting adbanners to the player has become the standard way of making money for developers. They do not have to be very disruptive because players have big screens. How does that approach translate to smartwatches?

We believe displaying ads on smartwatches is not a good idea and it’s a dead end. Mostly because of a small screen and also because smartwatches should provide a user interface that is as simple to use as possible. Ads are definitely going to make the user experience worse.

Widget RPG has a lovely humoristic style, which constantly made me smile while I was playing. Are there any games or other media that inspired you in creating that unique style?

What has the relative success of your game taught you, and are there things that you would do differently next time?

We have learned a lot with Widget RPG and also with our previous projects. There are number of mistakes we have made that are reflected in the rating of the game on Google Play. Widget RPG is very different from other games and therefore there were a lot of players who didn’t know how to play the game. There was no video at all, just in­game help (in English only). It’s very important to make the players understand the concept of the game and game mechanics. We have learned that creating a different game with a unique idea is essential to make a successful game when you are indie developers.

“Fun fact: we haven’t spent a cent on marketing.”

This helps you greatly when contacting different editors and hoping for a review. They receive a lot of PR emails and you have to make them interested in your product. Fun fact: we haven’t spent a cent on marketing. It’s not a good idea in most cases because your application won’t get noticed but we want to prove ourselves and others that you can make a pretty successful game just with an interesting idea and hard work. Without any fake downloads and reviews on Google Play.

Widget RPG features rather simple gameplay, often letting the player absentmindedly tap on his/her widget. The Play Store is dominated by simple games, leaving intricate and big games far behind in the rankings. Do you think that simple games better suit the platform?

Touch control and few minutes you can spend to relax by playing a game anywhere and anytime you want differ mobile games to video game console games. We think games like Monument Valley are ideal for the platform. It doesn’t make much sense to play such game on Xbox One or PlayStation 4. This, however, doesn’t mean shooter, RPG, racing or sports games are not suitable for smartphones/tablets. They have to be designed/optimized with touch control and smartphone/tablet specifics in mind. Another important fact is that casual games have much broader audience than hard­core games because of their simplicity in many aspects. That’s why they are so popular and can even earn more. 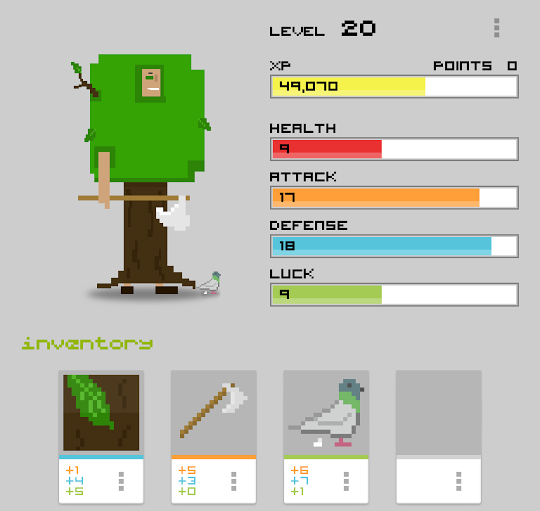 Mobile phones and tablets are seen by many people as the new handhelds, essentially replacing the 3DS and PSVita. Do you agree with them?

Handhelds like PSP made perfect sense in the era of phones with small displays and pretty simple games for phones. When you wanted to play a game while travelling they were a perfect choice. In the era of smartphones and tablets it’s pretty hard to convince customers to buy a separate gaming device ­ handheld like PSVita. They already own smartphones they carry with them all the time and that allow them to play tons of various games even for free. High­end devices can moreover compete with the previous generation of video game consoles (like Xbox 360) in graphics. Almost everyone can easily find number of games for a smartphone or tablet on the market that suit their taste.

What does the future hold for widget RPG, and are you working on a new game?

We entitled Widget RPG a game that is going to make other games jealous. It’s very simple in its core but we constantly add new content and features. There are lot of games out there but how many do have achievements, leaderboards, quests, gifts & requests and Android Wear features included at the same time? How many are updated each month? We are planning to update and improve Widget RPG even more.

We have number of crazy ideas (*laugh*), so it’s just a matter of picking the right one and finding some time (during nights and weekends) to start to work on our next game.We would like to release more games since it’s a very interesting way how be creative and how to bring life to something you can be proud of.

Thanks for doing the interview, do you have anything that you want to say to our readers?

Thank you! We are glad for such a great opportunity. We would like to encourage the readers to play indie games and support indie developers. That’s the easiest way to experience something new and to find interesting ideas in games that are different than games from big studios that are in most cases afraid to come up with something completely fresh and unique. We would like to also encourage those who have interesting ideas to create their own applications. You can learn a lot about app development, design, PR, etc. Moreover that feeling when your application reaches first 10,000 downloads, when you read positive reviews or when you earn first money is worth all the effort and sacrifices you had to make. That feeling is priceless. 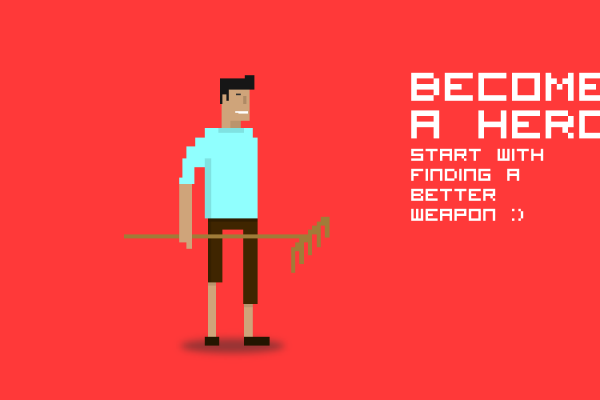 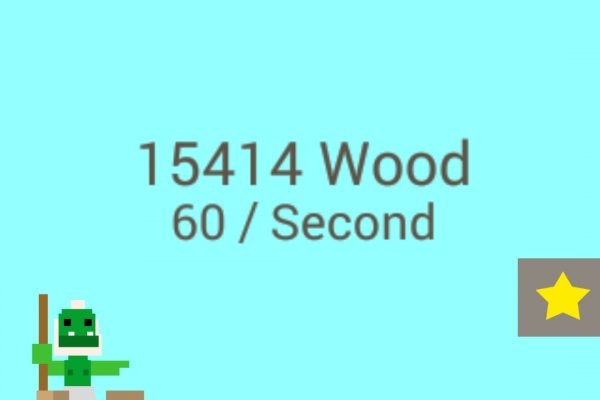 Interview: A conversation with the developer of Orcs
COMMENTS 0 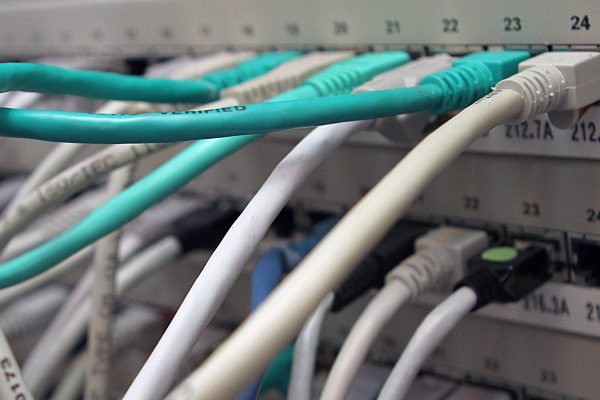 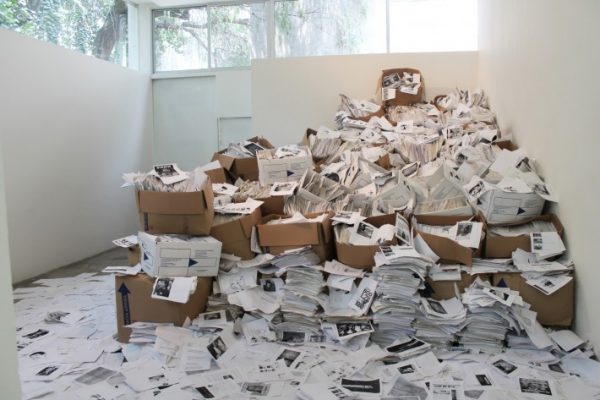 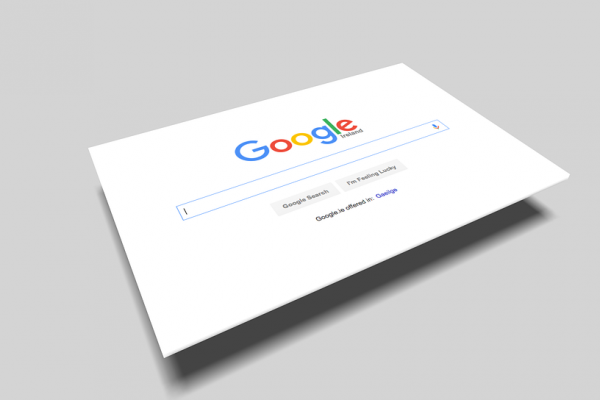 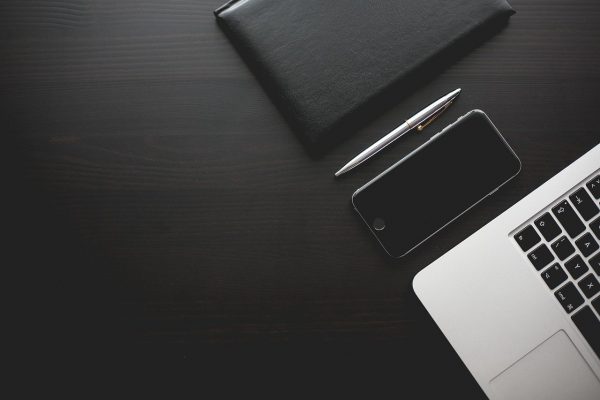 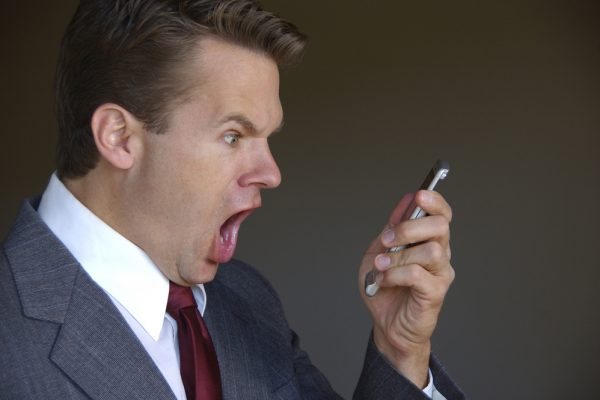